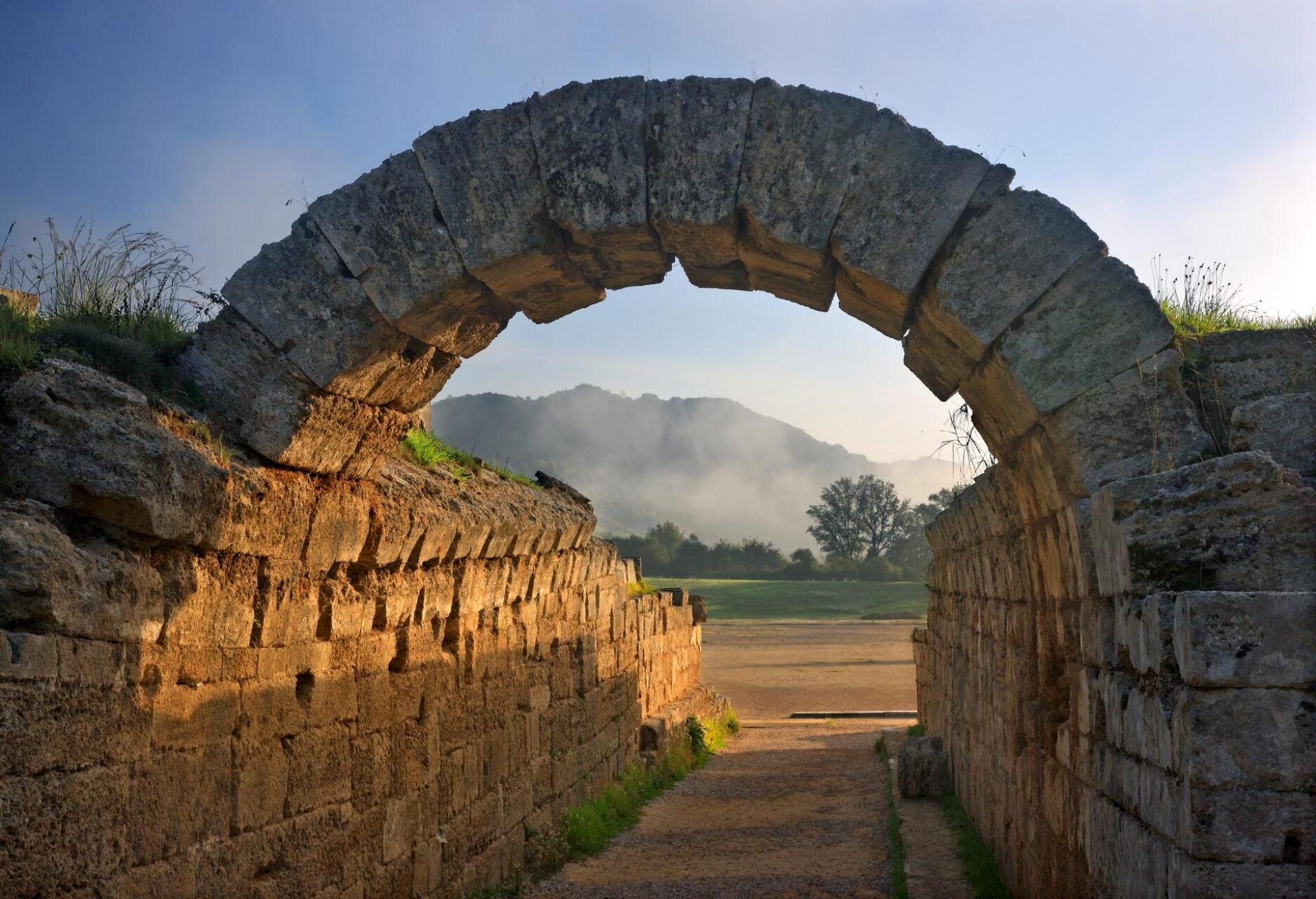 Starting our tour early in the morning from Athens we will be driving west towards Patra and after an hour driving we will be stopping at the Corinth Canal. This great piece of work was completed in 1886, connects the Aegean to the Ionian Sea and technically transforms the Peloponnese peninsula into an island. Originally, what used to be an isthmus, meaning a narrow strip of land connecting Peloponnese to Mainland Greece, is now a canal, which joins these two regions through several bridges. Continuing we will be driving for two and a half more hours before we finally reach Ancient Olympia.
In this site you will see the ancient stadium that hosted the Olympic Games every four years from 776 BCE to 393 AD, as well as the Palaistra were the athletes used to train for the wrestling events. You will also see the ruins of the temple of Zeus, where the colossal statue of Olympian Zeus, one of the seven wonders of the world, used to stand proudly. Last but not least, you will see the workshop of Phedias, the great sculptor, painter and architect who designed some of the greatest statues of his time, such as those of goddess Athena Parthenos, Athena Promahos and Olympian Zeus.
After your visit to the site and the museum of Ancient Olympia, we will be traveling back to Athens. Of course a stop for lunch should not be missed, as it will help you relax after a day of wonderful experiences.

Don’t hesitate to ask for changes in the itinerary.
We are very flexible and able to adjust the itinerary as you wish.

Prefer to wear comfortable clothes and shoes.
Take a water bottle with you. You will find plenty of them in the vehicle.
Photography is allowed during the tour. Don’t lose a chance to take some nice pictures.


"A Private Full Day Argolis Tour is the most interesting and comprehensive tour that you can have in ... "


"Explore the region of Laconia. Visit Ancient Sparta, the birthplace of the greatest Greek Warriors... "


"A great idea to spend a day while staying in Athens is to have an experience of the wild nature of... "


"Prepare yourselves to visit the "centre of the universe", or the "naval of the Earth". "


"Ancient Olympia is the birthplace of the Olympic Games. Throughout the Classical years ... "